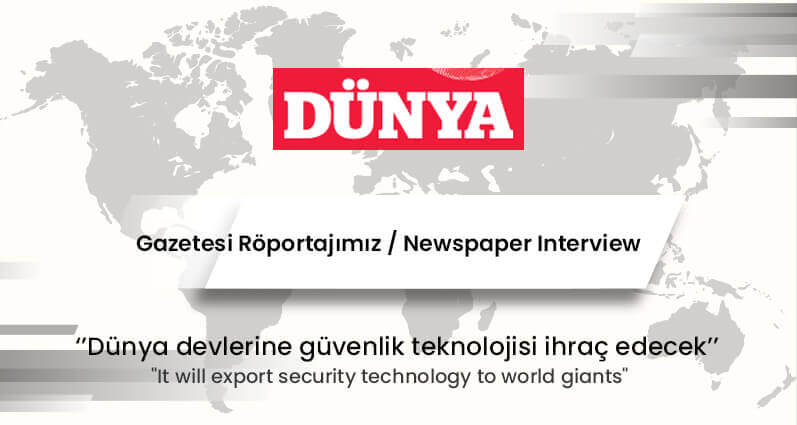 Exporting to more than 52 countries of the world with the barrier and security systems it produces, Arma Kontrol has grown its target in this field together with the new year. The company, which increased its exports by 20 percent to $ 2.5 million last year, will increase its exports by 35 percent this year with new products and technologies. Focusing on developing new products and technologies in its R&D investments, Arma Kontrol will export barrier and security technologies to technology leader countries such as the USA, China and Japan. The company, which is strong in different geographies such as South Korea, France, Saudi Arabia, Qatar, Dubai and Malaysia, which will increase its market share to 27 percent, obtains 60 percent of its exports from road blockers, mushroom barriers and high security products. Arma Kontrol Founder and General Manager Koray Kartal said, "We closely follow the changing needs and trends of technology of the day. We have introduced the quality of Turkish made to the world with our products, which are the first to be realized since the day we were founded. We get a 15 percent share from the world security and barrier market. "We want to increase our market share to 27 percent in global," he said. It will produce for technology giants with its team of Turkish engineers.